Following the alleged assault, a corporate accountability group called SumOfUs – for whom the young woman works as a researcher – said that Meta needs to prioritize user safety in the metaverse.

Vicky Wyatt, the campaign’s director, spoke about the alleged incident to the BBC, saying that the woman involved felt conflicted after the event.

One part of the researcher was really shocked, while another part of her thought, “OK, this isn’t my real body, this is an avatar”, Wyatt said.

However, despite those feelings of confusion, the woman recognized that “this is really, really important research that I’m doing, I need to capture this footage”.

In the footage, which was obtained by the BBC, the woman is in a virtual room in Horizon Worlds with two male avatars. 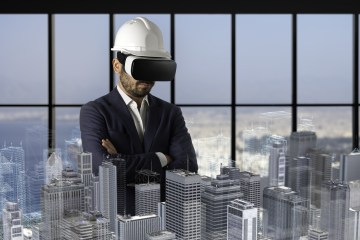 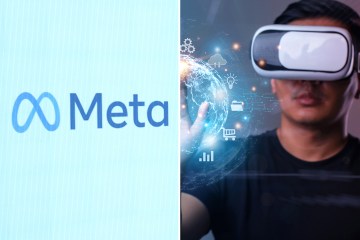 One of the avatars is observing while the other appears very close to her – both of the male avatars make lewd comments.

Regardless of the fact that this all happened online, Wyatt noted that “it still counts, it still has a real impact on users.”

Though Meta only just released Horizon Wolds in December 2021 – and only in the US and Canada – reports of online harassment and virtual sexual assault are growing.

Earlier this year, a woman named Nina Patel recounted a harrowing experience in VR that left her feeling violated and unsafe.

Patel shared her experience in Facebook’s Metaverse in a Medium blog post.

“Within 60 seconds of joining, I was verbally and sexually harassed [by] 3-4 male avatars, with male voices, essentially.

She continued to say that she was “virtually gang-raped” by the other avatars, who also took photos as she tried to get away.

Patel described the ordeal as “surreal” and a “nightmare”.

Safety tools are not enough

The reports prompted Meta in February to add more safety features, such as ‘Personal Boundary’.

This feature stops users from encroaching on each other’s personal space and is activated by default.

“Personal Boundary will prevent other Horizon Worlds and Horizon Venues users from coming within 4-feet of your avatar,” Meta said in a statement.

On top of that, users have several ways to block someone.

Vivek Sharma, Meta’s VP of Horizon Worlds, said one of his goals regarding safety on the app was to make the blocking feature “trivially easy and findable.”

Furthermore, Meta records the last few minutes of each user’s activity to be able to human-review the footage whenever someone reports a negative interaction.

Still, despite all of these features that are currently in place, it does not appear to be enough to curb harassment, according to the campaigners.

“Rather than Facebook rushing headlong into building this metaverse, we’re saying look, you need to stop look at all the harms that are happening on your platforms right now that you can’t even deal with,” Wyatt said.

The Sun has reached out to Meta for comment but has not yet heard back.

We pay for your stories!

Do you have a story for The US Sun team?